"The main core of the project, of course, is the kiln itself," says Jean-Claude Brocheton, Senior Vice-President of Engineering for National Cement.

"We have designed the new kiln for an operational limit of 5,000 metric tonnes per day of clinker," says Brocheton. "But the new technology will help us reduce our carbon footprint thanks to the new type of equipment that we are going to use to produce it."

"The Ragland site is the first acquisition abroad for Vicat, so there is a very personal link for the top management to this plant, says project manager Hervé Lapillonne, deployed to the United States from France to oversee the expansion. "We spent a lot of time in the design and in the selection of suppliers. We went to a premium supplier, ThyssenKrupp, and a real premium contractor company, H&M. We are making sure the design will fit U.S. rules and standards and will be best of the art in terms of maintenance and operation."

The 256-ft high blending silo features the very latest technology to ensure a consistent product that meets or exceeds standards. The silo has an inverted cone designed to direct material away from the center of the silo, not towards the center which is more typical. The inverted cone is constructed of reinforced concrete and structural steel precast segments joined together in place. The inverted cone panels bear on the wall ledge and are capped on top to create a closed storage space.

This design differs from older homogenizing silos which require large compressors and significant amounts of pressurized air to work.

National Cement’s new silo requires a lower amount of air at lower pressure which in turn reduces energy consumption and is more economical to operate.

Material is placed in the silo from one of six points in the roof and reclaimed through one of eight outlets in the inverted cone. There are platforms under the inverted cone to support a mixing chamber, equipment, and conveyors to take the reclaimed material to the next stage of the clinker production process. These platforms are constructed of a grated floor supported on structural steel that is connected to the inside face of silo wall.

An additional phase of the expansion will be construction of a new clay crusher and storage operation. Brocheton also notes the project includes a new state-of-the-art control room and laboratory. "There will be a lot of automation associated with this construction and everything will be operated from one central operation," he says.

When operational in the first quarter of 2022, company leaders say the new production line at Ragland will have the capability to produce an additional 2-million tons of cement each year. 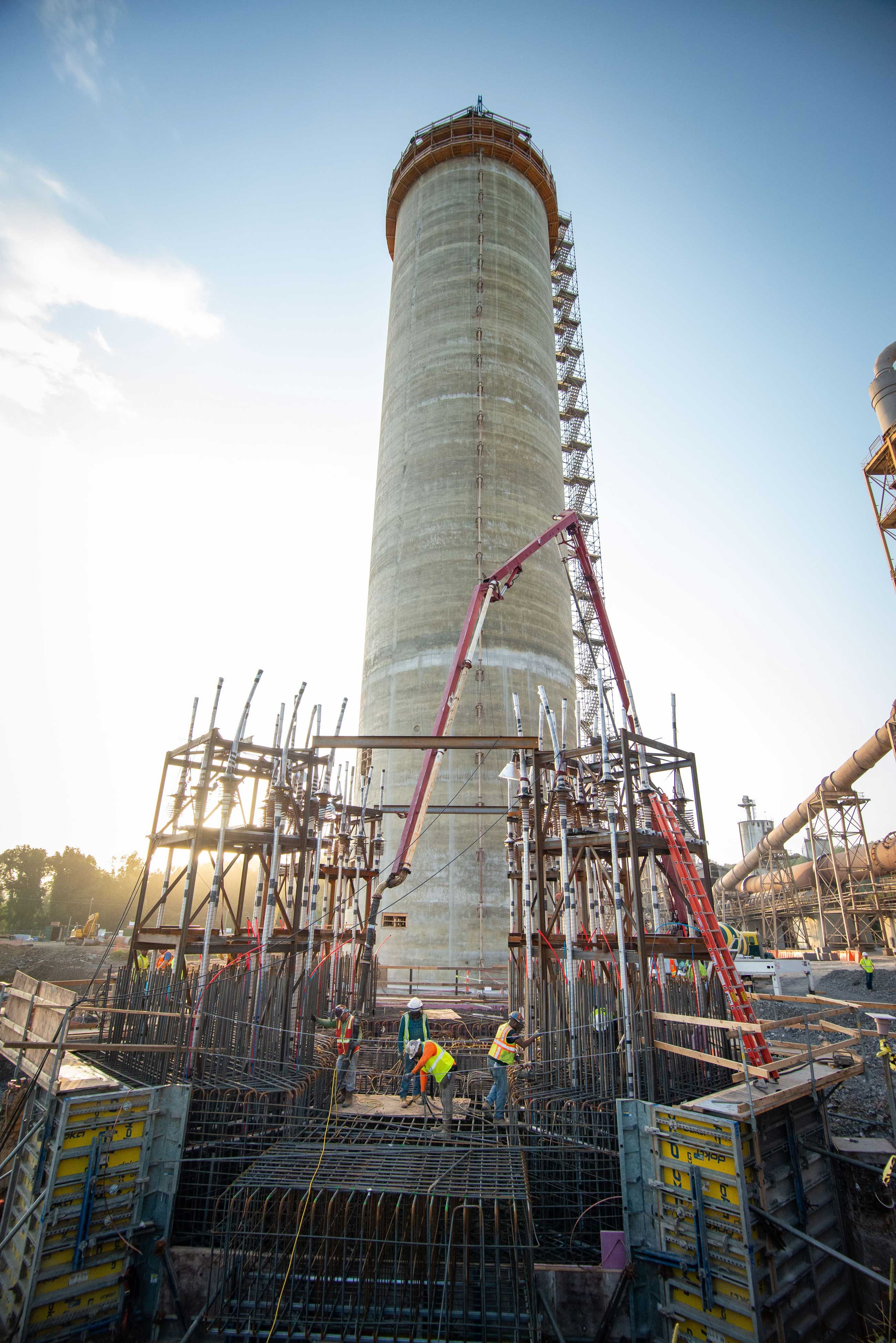