National Ready Mix is riding greener, lighter, and more efficient with their new fleet of Compressed Natural Gas (CNG) trucks. The CNG trucks and fueling stations at National’s Vernon, California plant is one of the many ways the ready mix company is committed to renewable energy options and lowering their carbon footprint.

The Renewable CNG program solidifies National's reputation as a proven and distinguished leader in the concrete industry and complements the company’s recent rollout of concrete mixes with instant and third party verified mix designs with Environmental Product Declarations.

"Through the production of fresh mixed concrete going out the gate in vehicles powered by CNG, National Ready Mix is demonstrating our commitment to making our environment a better place one load at a time," says Lode.

National’s CNG stations were designed and installed by Ozinga Energy. The on-road equipment was built by Peterbilt and powered by Cummins Near Zero engines and the renewable natural gas is provided by TruStar Energy.

Sam Hild, Director of Operations at National, says the new CNG fueling station will ensure National is embracing green energy while simultaneously boosting efficiency and expediency. Hild says that Vernon alone has quite a large fleet. “We’ll have 50 CNG mixer trucks at the plant and 14 two axle tractors hauling raw materials to the facility.”

The CNG fueling station set up is ideal as well. National chose to have two fueling options. “We have the fast fill, which provides a quick fill option that is very similar to a regular gas station. It’s a dispenser that you pull up to and simply make a quick connection and begin filling. You can fill a truck in minutes,” Hild says. The other option is where “Each parking space for our trucks has an independent filling receptacle where the drivers connect the truck and it fills over time, shutting off automatically when filled”.

Hild says that the Irwindale, CA plant is next up to have CNG vehicles as well. “We have been receiving new CNG equipment to deliver our bulk cement,” he says. “We will be installing a CNG station at the Irwindale facility to accommodate these trucks.”

The conversion to CNG has been relatively swift for National. Hild says the CNG station was installed in the spring of 2020 and the first trucks began to roll soon after. “[The station] was completed right around the 1st of July 2020. And we've been using it since we've had trucks in operation.”

The expectations for cost savings and energy efficiency have already been met. “The CNG fleet lowers our carbon footprint and this is where we’re always headed,” Hild says. He adds there’s an extra benefit to CNG: a stability in fuel prices over diesel where pricing often fluctuates. 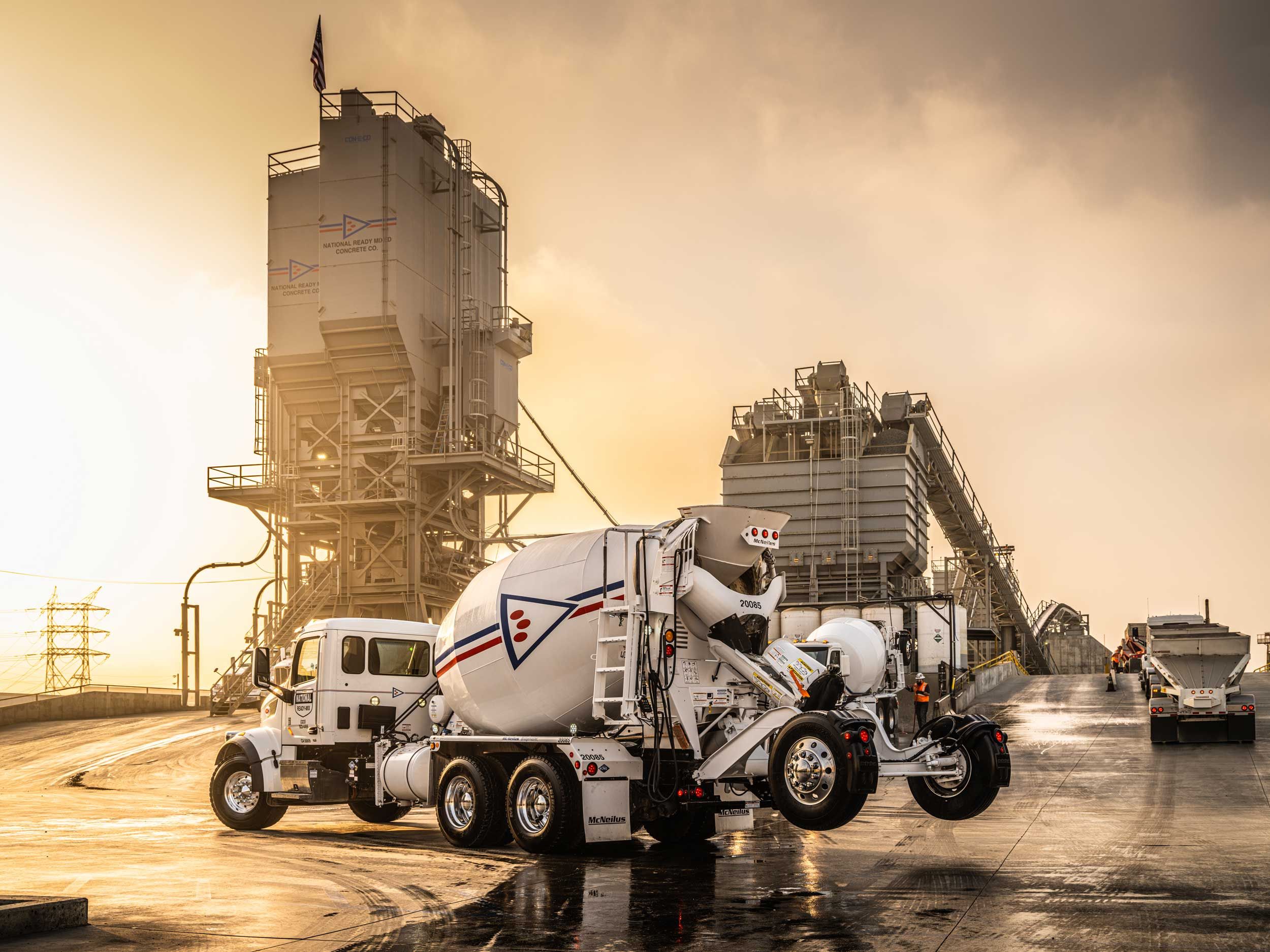 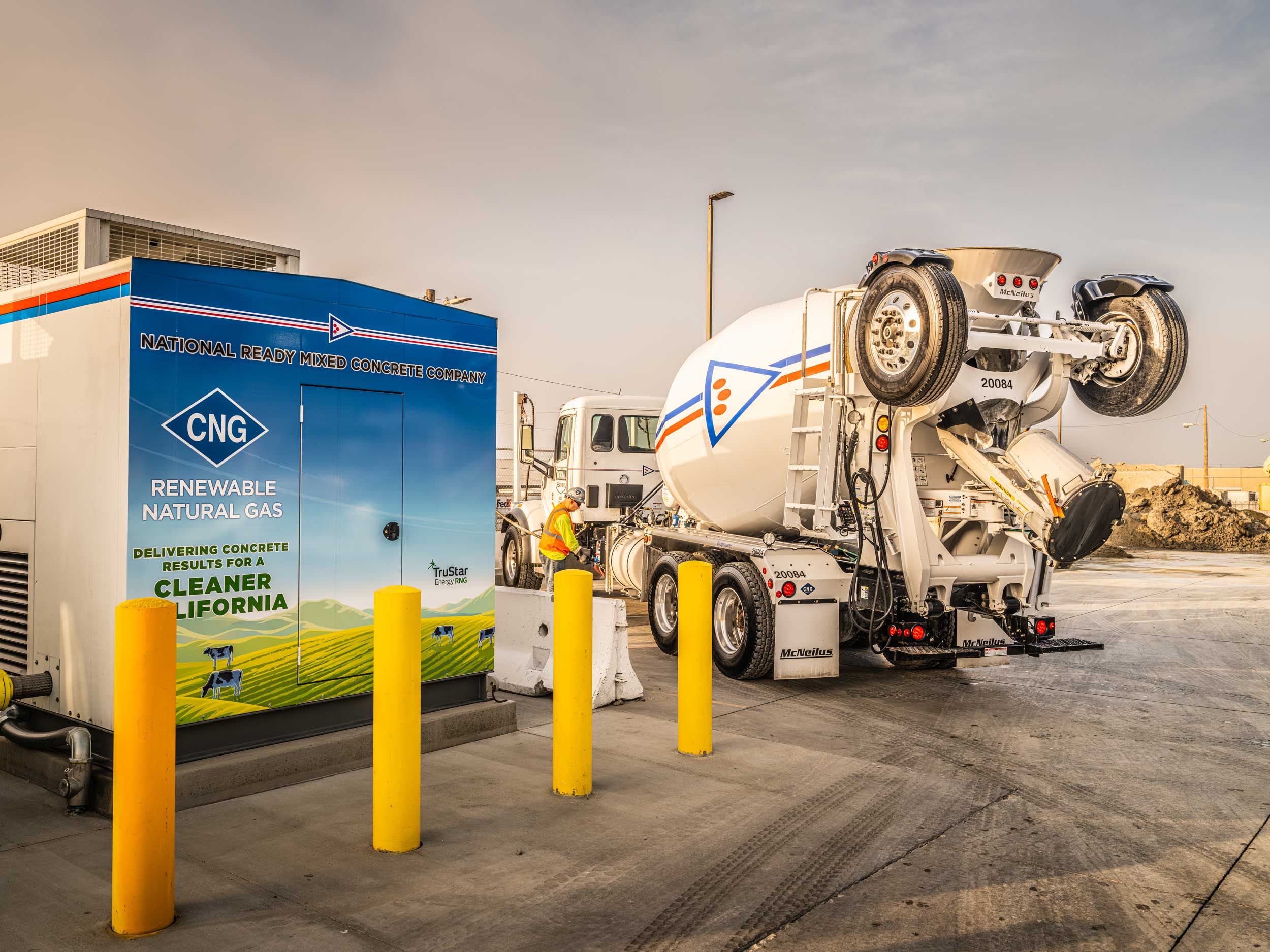